36. Comparative value of transverse abdominal diameter and fetal abdominal perimeter. 3844 biometric examinations. Grangé G(1), Favre R, Goffinet F, Heim N, Peterschmitt C, Kohler A, Gutedel A, Nisand I. J Gynecol Obstet Biol Reprod (Paris). 1995;24(8):843-9.
OBJECTIVE: Assess charts of abdominal size as they are used in a routine ultrasound screening, on a non selected population with 5 operators, to compare the interest of transverse abdominal diameter (TAD) with abdominal circumference (AC).
METHOD: Retrospective study, in the department of Antenatal Diagnosis of the Centre M√©dico-Chirurgical et Obst√©trical between September 1991 and August 1994. MAIN OUTCOME MEASURES: Abdominal biometry and gestational age to characterize the prenatal trophicity. Neonatal weight and gestational age at birth to characterize neonatal trophicity.
RESULTS: Between 32 and 36 weeks, the TAD charts detected only one SGA (small for gestational age) out of 10. However, the AC sensitivity was 54.5% with a specificity of 94%. In the same period, the TAD charts suspect LGA (large for gestational age) for one exam out of two. The charts of AC have about the same performance to detect LGA and SGA.
CONCLUSION: For a routine ultrasound screening between 32 and 36 weeks gestational age, the AC charts have to be preferred to TAD charts. 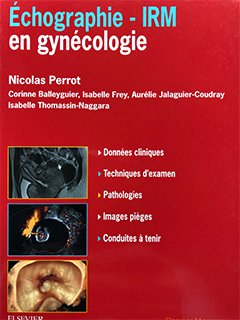